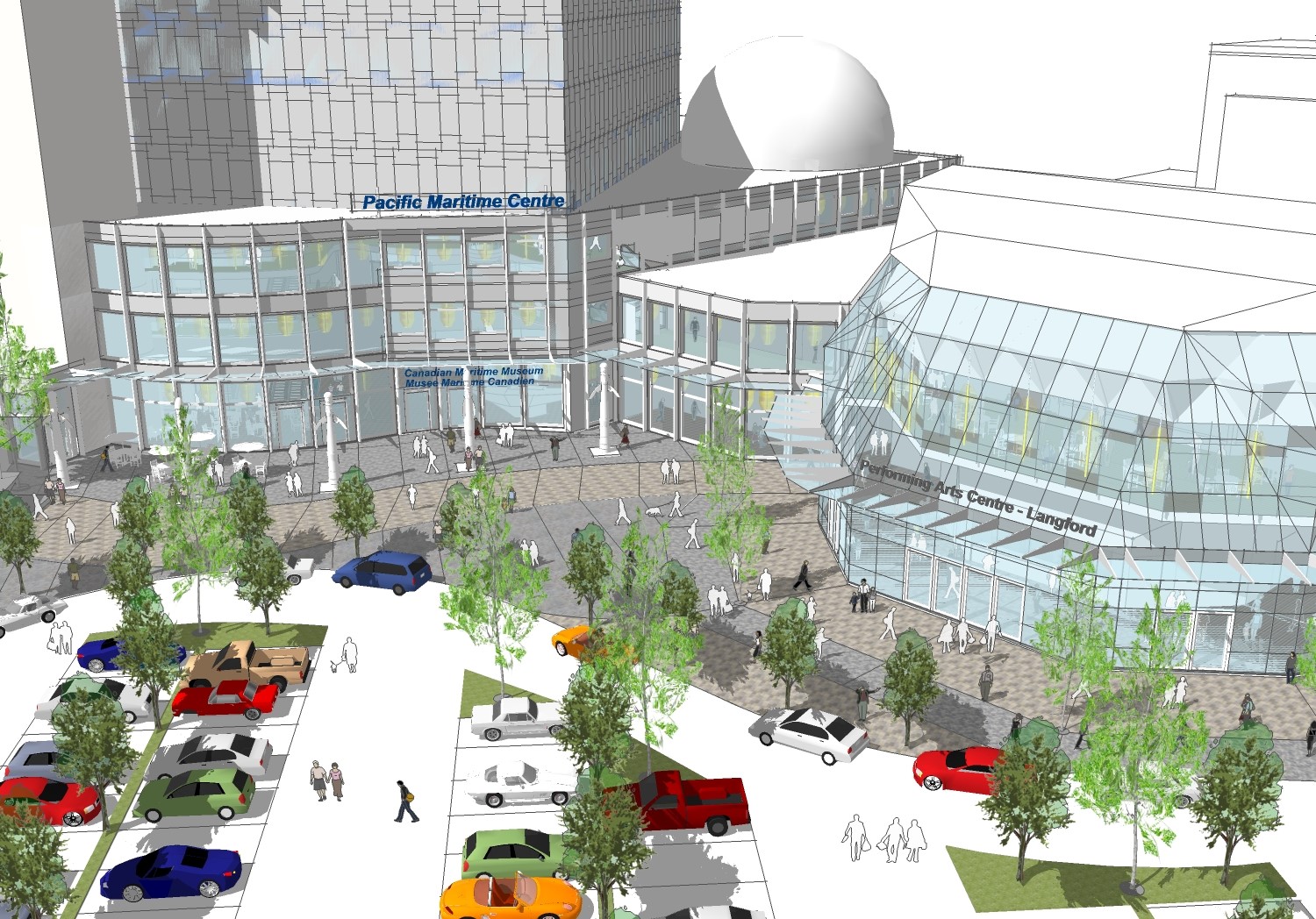 The Maritime Museum of B.C. might finally have found a permanent home — today, it’s expected to sign a memorandum of understanding with the City of Langford to partner in the construction of an $87-million performing arts centre and museum, to be built across from Costco.

The Maritime Museum, which has been leasing a small, temporary space in downtown Victoria since it was forced to leave its home in Bastion Square in 2015, hopes to build an 80,000-square-foot space on McCallum Road in Langford.

“The museum has been looking for a home for some time, and we are very excited and pleased to be working with Langford,” said John Clarkson, chairman of the museum’s board of directors.

The museum would be part of a complex that includes a 1,200-seat performing arts theatre, conference centre and office tower.

Langford Mayor Stew Young said the municipality will provide the land and services and pay for the $30-million theatre through fundraising and amenity fees charged to developers.

The museum would be responsible for financing the $57-million exhibit space.

Museum executive director David Leverton said now that they have a potential home, they can approach the federal government and other potential grant providers to discuss funding.

The museum will be responsible for leasing out the office tower of the new complex, he said, which means the potential for steady income and the chance to establish a long-term, sustainable business model.

“It allows us to not be as reliant on funding from government,” he said.

Leverton said the project is possible even without federal funding, though it would require firm commitments from potential office tenants to secure financing.

Young said the new development, to be built close to a new high school, is just what the city needs, as it has grown to a population of more than 40,000, and many Langford residents are asking for new arts and culture amenities. “We are excited about this — it’s been a long time coming.”

Young said the city expects to spend as much as $50 million on arts and culture over the next five years, but he warned it expects the federal government to come to the table on this project.

“I’m hoping the federal government will have an appetite to spend some money where they should. I can’t believe the Maritime Museum has been moved around so much. And because they haven’t had funding or space, all their [artifacts] are in storage.

“How do you build a business when all your inventory is in storage?”

The Maritime Museum was forced out of the Bastion Square building it called home for 50 years after it was deemed to be in an unsafe condition.

It currently operates from 3,000 square feet at 634 Humboldt St., meaning most of its 35,000-artifact collection is in climate-controlled storage supplied by the province.

Young said the federal government has a responsibility to showcase Canadian history, but has done precious little of that in B.C.

“[Ottawa] has spent money in Halifax and everywhere else but on the West Coast,” he said. “To have that many artifacts not on display is ridiculous.”