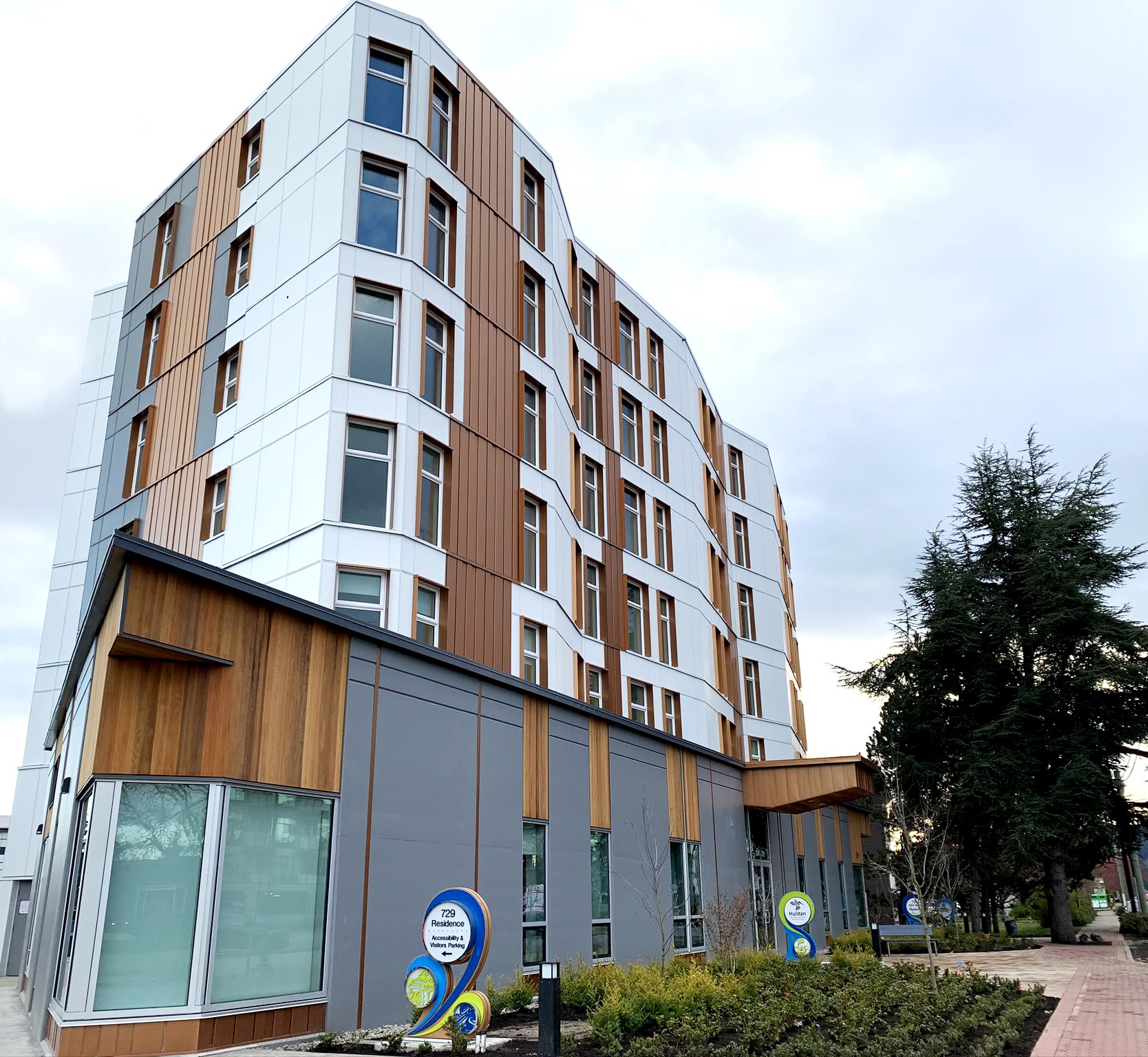 The second phase is underway for an affordable housing project that will provide a total of 100 new homes for Indigenous families, individuals and elders in Langford.

Expected to be completed in fall 2021, construction has begun on a six-storey wood-frame apartment building that will see 40 homes added to the project at 731 Station Ave. This building will include a mix of one-, two- and three-bedroom units with monthly rents not exceeding 30 per cent of household income.

“Housing is the foundation on which people build their lives, and everyone in our community deserves a safe, secure and affordable home,” said Premier John Horgan, MLA for Langford-Juan de Fuca, in a statement. “With these new homes, more Indigenous peoples in Langford will have the peace of mind that comes from having good housing in their community, surrounded by their friends, family and culture.”

Residents will begin moving into the completed first phase of the project on July 15, which consists of 60 homes in six-storey wood-frame apartment buildings. Featuring a mix of studio, one-, two- and three-bedroom units, monthly rents range from $375 to $1,500 per month.

“M’akola Housing Society and M’akola Development Services are headquartered in the City of Langford, and we want to acknowledge the City’s instrumental support of affordable housing,” said Kevin Albers, CEO of M’akola Housing Society and M’akola Development Services. “This project is a beautiful display of the value of strategic partnerships and how they benefit the community. We have created a space providing safe, affordable homes.”

“We have been working with M’akola since the 1980s and have seen the efforts of M’akola change many lives,” said Langford Mayor Stew Young.