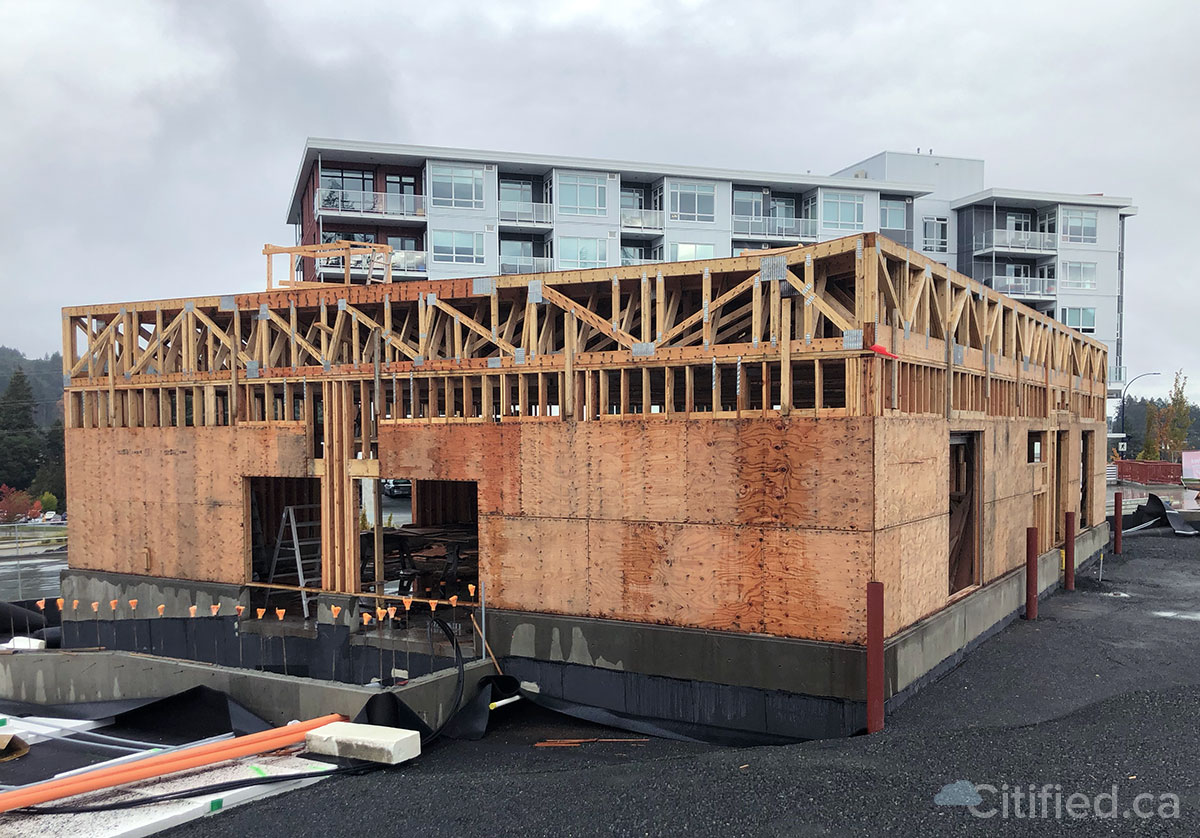 The Capital Region’s newest Tim Hortons will be all but a stone’s throw away from two existing locations at opposite ends of Langford’s Westshills community.

The coffee shop is in the throes of construction along Langford Parkway at Langford Lake Road just east of Westshore Parkway and roughly 1.5 kilometers from a location to the northwest and 2 kilometers from one to the east.

Rising adjacent to the newly completed Lakepoint One condominium and commercial building, which will house the provincial government’s first foray into a dedicated flex work environment on the Westshore for various ministries, Tim Hortons is the first food services venture to materialize at the growing Westhill project’s central business district fronting onto Langford Lake.

Langford’s newest Tim Hortons will open by early next year.

Meanwhile, work on a second Tim Hortons in Sooke continues at the town’s Evergreen Centre Shopping Centre which itself is only months behind a Tim Hortons that recently opened adjacent to Sooke’s Edward Milne Community School on Sooke Road near Sooke River Road.